Steels are found everywhere in our daily lives. The utensils, tools, equipment, etc are all made up of steel. The superior properties such as strength, malleability, ductility, weldability, etc have made it really useful in multiple applications. We can say that we can not think of our life in the absence of steel. If you are wondering what is the real meaning of steel, then you can say that it is an alloy of iron and carbon.

Thus, here we will be discussing the types of steel. Besides that, we will also discuss the role of major components used in it. Also, we will be looking at one of the most popular stainless steels (316L), used in the medical field.

The role of carbon is to provide strength to iron.  An increase in the carbon content increases the strength and hardness of the alloy. On the other hand, this will reduce the ductility, weldability, and melting point. Carbon is a poor conductor of heat and electricity. So, adding carbon will reduce the electrical and thermal properties of the alloy. This decrease in the thermal property will make heating and cooling a slow process.

Cast iron also consists of iron and carbon. It is not pure iron. But they do have some minor differences which are stated below.

Stainless Steel is formed when at least 10.5% of chromium (with low carbon content) is mixed in the steel. Some of them are also known as medical steels.

The main feature of stainless steel over the other forms is that it has higher corrosion resistance. This feature is provided by the chromium element. Chromium lies on the upper layer of the metal to protect it from corrosion. When chromium gets in contact with the atmosphere it forms chromium oxide (Cr2O3). This prevents the inner metals to get in contact with the atmosphere; thus prevents from undergoing further corrosion. This thin oxide layer lies at the outer layer of the steel.

The addition of nickel makes the steel austenitic. We know that chromium oxide, molybdenum, and silicon tend to stabilize in the ferritic state. In other words, they like to be in the Body-Centered Cubic (BCC) structure. This will make the steel weaker. So, to overcome this problem nickel is used, which stabilizes the atoms in Face-Centered Cubic (FCC) stage. Nickel also makes it non-magnetic. This non-magnetic property is one of the major properties for medical implants such as bolts and screws used in orthopedics.

The general criteria for being medical steel are as follows.

316L is a type of 300 series austenitic steel where ‘L’ indicates a low level of carbon in the alloy. A decrease in the carbon content makes it more ductile. A ductile material can be easily changed into a thin layer without breaking. This is one of the reasons, why surgical tools such as cautery pencils, forceps, scissors, etc., are generally made up of 316L steel.

The addition of Molybdenum (around 2%), in the austenitic steel, increases the non-corrosive nature of the material. So, the implants will be more biocompatible to the human body.

It is a kind of carbon steel that has been alloyed with a small amount of chromium and vanadium. Unlike stainless steel, the concentration of chromium is less than 10.5%. Similarly, other elements such as nickel and molybdenum are not included.

It is a type of carbon and alloy steel that is designed to make tools such as a hammer, axe, knife, slide wrench, etc. 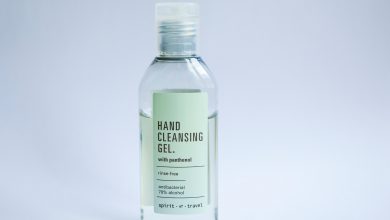