What is the principle of centrifuge?

The centrifuge works on the principle of centrifugation. Centrifugation is the process of sedimentation of the particles (materials) present within the container (test tube, buckets, etc. ) using the angular motion. So, it helps in the separation of particles having different sizes and shapes.

Here we will discuss some of the components of the machine. But, all of these components may not be relevant in every type of centrifuge.

What is RPM in Centrifuge?

RPM stands for Rotation Per Minute. The rotor is the rotating portion of the centrifuge that is rotated by the motor. So, you can say that the number of complete rotations that a rotor makes in a minute is known as RPM. The RPM of the centrifuge can range from around 300 – 1,50,000. So, based on the necessity (application), various centrifuge machines have been designed.

What is RCF in Centrifuge?

RCF stands for Relative Centrifugal Force. It is also known as the g-force. As the name suggests, it is a type of gravitational force, that is created when the rotor is spinning around. This force always acts away from the center.

Relationship between RPM and RCF

The relationship between RPM and the RCF can be stated by the given formula.

where Radius is given in cm.

The radius refers to the distance from the center of rotation to the sample. So, it includes the radius of the rotor and the distance to the midpoint of the test tube, bucket, etc for holding the sample.

What is the difference between RPM and RCF?

As stated before, RPM denotes the speed of the rotor which is spinning around. It does not give us an idea of the g’s force being exerted into the sample.

The RCF (g force) shows the gravitational force being exerted into the sample for sedimentation.

The value of RCF is more important than that of RPM. For two different sizes of rotors, the RPM can be constant but RCF will vary. Hence, even by keeping the RPM fixed, the result obtained by centrifuging the samples will differ. So, instead of setting the RPM in the machine, you need to set RCF. In such a case, you will obtain better results from the centrifuge.

Some of the centrifuges will only have the RPM function. However, in advanced machines, there can be the option for setting both the RPM and the RCF. Based on the budget and your requirement choose a proper centrifuge machine.

What are the types of centrifuge?

There are various kinds of centrifuges available in the market. They can be differentiated into a number of types based on a number of factors. Some of them are as follows.

1. On the basis of motor

On the basis of the size, the centrifuge can be differentiated into two types. They are the benchtop centrifuge and the floor centrifuge.

The benchtop centrifuges are smaller in size. They are adjustable on the bench. Since the size of the machine is not big, it can only hold a small volume of samples. They are simple and cheaper.

3. On the basis of control

4. On the basis of the application

Where do we use centrifuge?

(What are the uses of centrifuge? )

The centrifuge machine can be used in different sectors. Some of them are as follows.

The centrifuge consists of a motor. The motor is connected to the rotor head. The rotor head is responsible for the holding of the sample solution. So, as the rotor rotates, the sample will also rotate along with it.

There are various types of rotors. The rotors may hold the container such as test tube, blood bag, cuvette, centrifuge tube, etc. So, based on the application different types of rotors have been designed.

The fixed angle rotor is a type of rotor that is fixed at a certain angle. The angle may range from 14° to 45°, from the axis of rotation. Since the rotor remains fixed, the sample container with the rotor head also remains fixed during the time of centrifugation.

After the sediments collide with the wall surface, they tend to move downward. Thus, the cluster of sediments (known as pellets) settle at the corner of the base and the surface of the wall. Similarly, the fluid medium (known as the supernatant), settles at the upper surface of the solution.

The path traveled by the particles to the side of the walls will be short. Hence, it reduces the time for centrifugation.

Since the fixed angle rotor does not swing, it does not experience high metal stress. Thus, it can withstand higher g force. In other words, it can spin at a higher RPM.

Generally, it provides centrifugation of more no. of samples with a smaller volume. In comparison to the swing bucket rotor, it provides low sample separation.

A fixed angle rotor can be useful in the separation of macromolecules such as DNA, RNA, protein, etc.

The swing bucket rotor is a type of rotor that swings during the time of centrifugation. Initially, the swing bucket rotor aligns itself to the position of the angle rotor. However, during the time of centrifugation, the rotor raises itself perpendicular to the axis of rotation. The bucket aligns to the same path as that of the centrifugal force. In conclusion, the sample inside the bucket aligns horizontally. When the centrifugation stops, the rotor returns back to its original stage.

In the end, the sediments will deposit at the base of the container. This leads to the formation of pellets. In comparison to the fixed angle rotor, it provides a better separation of the samples.

Since the rotor aligns itself to the direction of the centrifugal force, it experiences higher metal-stress. Thus, it can not be operated at higher g- force or RPM.

It holds less no. of samples with a larger volume. As the RPM of the rotor decreases, the rotor will begin to return back to the original stage. During this movement, the pellets formed may be disrupted.

A swing bucket rotor is useful in differential centrifugation in blood banks.

There are many other types of rotors available for different purposes. Some of them are the Vertical Rotor, Zonal Rotor, Elutriator Rotor, etc. However, in the case of the health sector, those rotors are not much used. 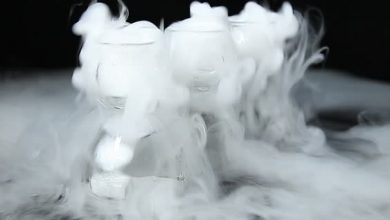 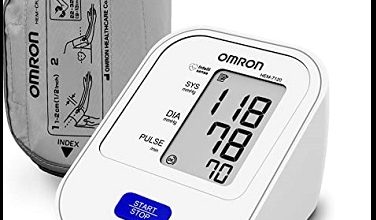 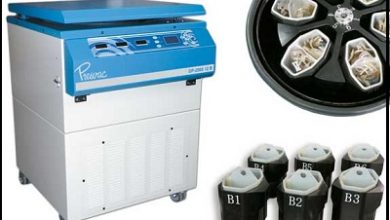